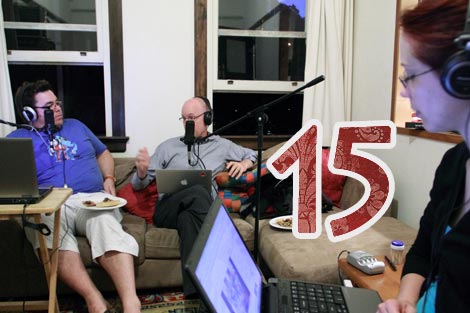 Another glorious live show, built with no expense spared just for you lucky little buggers! This time up we are lucky enough to have the inimitable Lance Wiggs in Studio 1 to talk about start-ups in New Zealand, the recent sale of one of his companies, the promising progress of the Pacfic Fibre project, and many other things. We also talk Hell Pizza, undersea communication networks, Peter Thiel (and his many investments), monorails and trams, contempt of court, and Duke Nukem Forever, Labour’s proposed tax-threshold changes, Webstock, and hickies, and very special cheeses, larynx transplants and genetically engineered chilli peppers. Bloody damn fool racists. And doing absolutely nothing. (And of course there’s more. There’s always more.)

Live show in sunny Wellington? How is this possible!?

It’s still not entirely locked in, but on Saturday 19th of February at about 3pm there might be a live show, in person, with an audience (if you come), maybe at the Wellington Town Hall, or maybe at a nearby venue. Be there or be square don’t be there, but only if we confirm it’s actually happening. (A lot of stuff has to go right between now and then.)